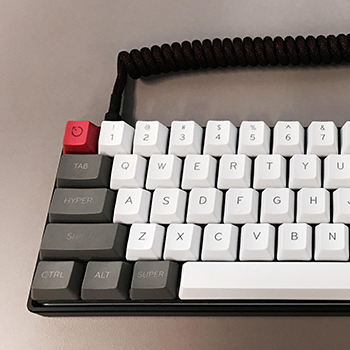 As part of the kit, the seller offered to throw in keycaps for the keyboard, and if you were interested he would laser etch the keycaps with anything you wanted. He offered a few different keycap colors and so I came up with a color scheme that was a mix of DSA Granite and DSA Dolch because I was obsessed with them at the time. I then found a keycap template and used that to create my own simple legends (the text/symbols on the keycaps). I really liked the Gorton Modified font used by Signature Plastics on their keycaps, so I found a font that is very similar to Gorton, called Bryant Pro, and used that to create my keycaps. I wanted a couple of custom things on the keycaps like changing the Caps Lock key to HYPER, the Windows/Command key to SUPER, and the two FN keys on the bottom right since I programmed those to do some special things on my keyboard. This all happened in early 2017. 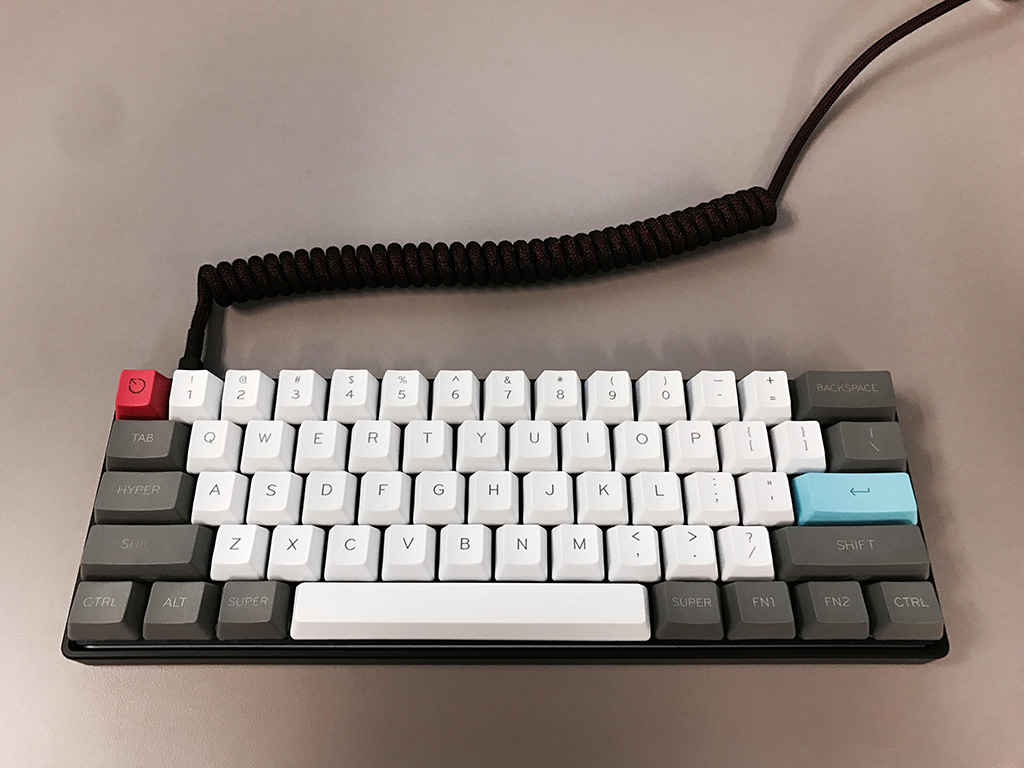 Apparently the guy in China that I bought the keyboard kit from liked my design so much that he turned it into a kit and he sells it all over the place now. I came across it listed on Amazon in late 2017 and have since seen it eBay and tons of mechanical keyboard shops all over the place. I see it pop up on the /r/MechanicalKeyboards subreddit on Reddit quite often as well. It is typically the first set of keycaps many of the users get as their first custom set because they are so cheap (about $20 for a full set). It can usually be found by searching for Custom PBT Keycaps. Honestly, they are decent keycaps, but the laser etching kind of fades after a few months on the heavily used keys. 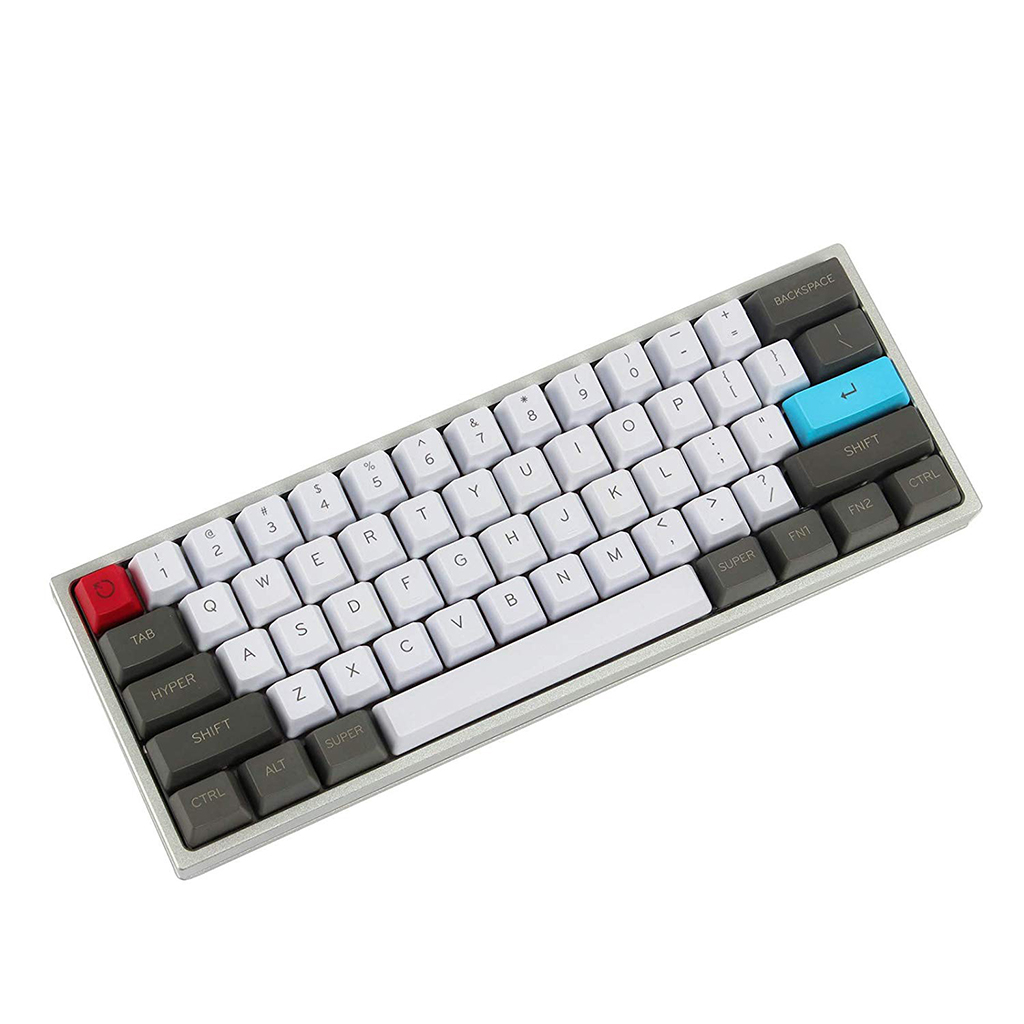 So yeah, this is how I inadvertently created a keycap set that would go on to be the first set of custom keycaps that many mechanical keyboard users end up getting.